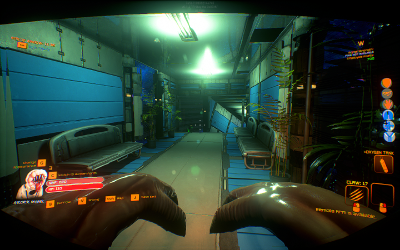 When a game begins, players will have a chance to play as Spacemen or the monster. Like the Spacemen, the monster also comes with certain perks, which it can use against the spacemen. Especially, the ability to shapeshift should be mentioned, the reason why Spacemen should guard their identity with all cost. When a game is started, the "quest" for the monster is rather easy: don't show yourself to the real spacemen, sabotage their escape from the space station, hide in plain sight.

To win a game, the monster should use all available tricks, like to shape shift or sabotage the station with the help of a remote arm.

When not in human form, the monster is easily to spot and can use its claws to defend itself.

About the prey:[edit | edit source]

This article is a stub. You can help Unfortunate Spacemen Wiki by expanding it.